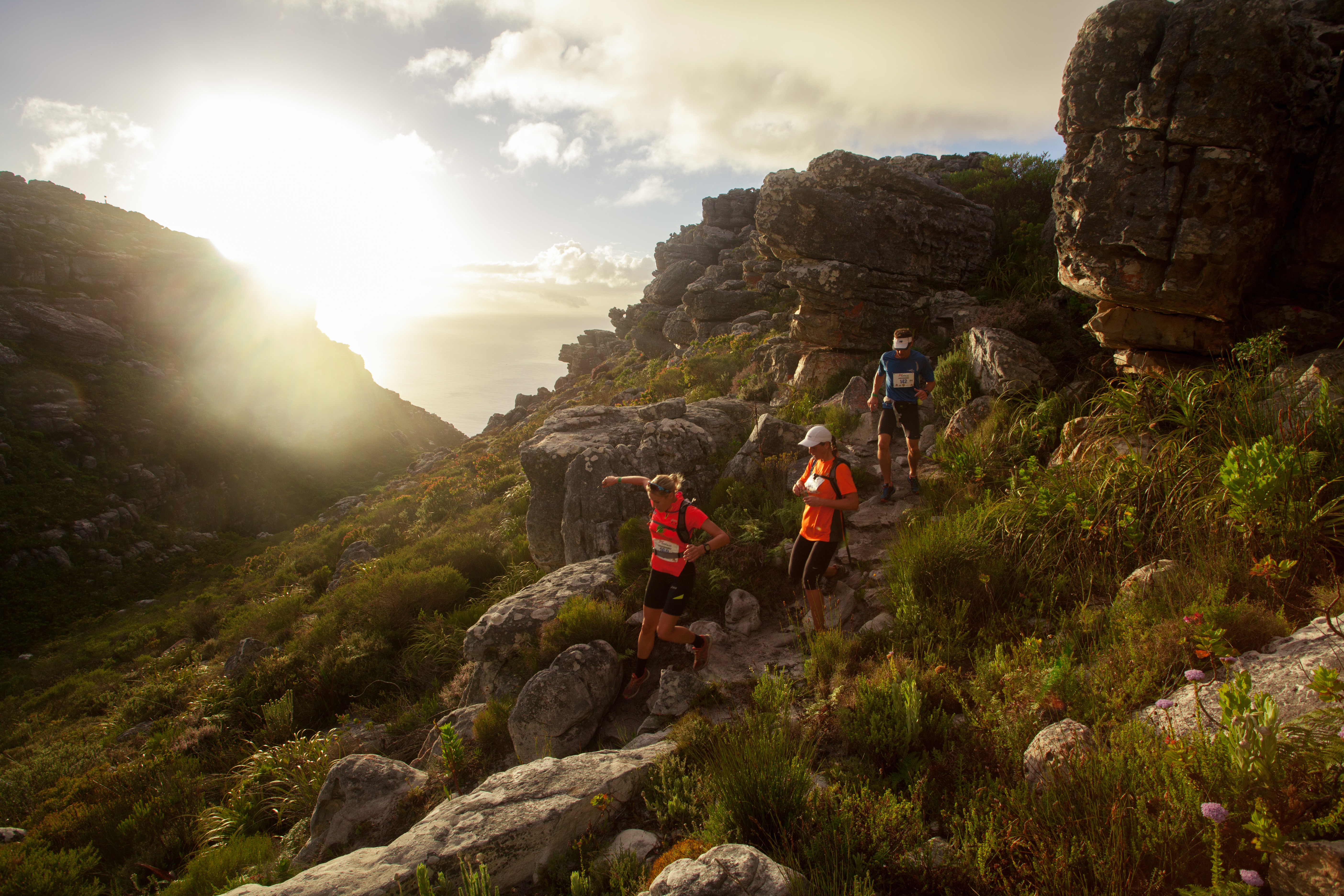 In email to TrailWP Chairperson Ellie Courts on the 29 January 2018, Table Mountain National Park (TMNP) Hospitality Services, Film and Events Manager Ms Saskia Marlow stated the following in respect of our pending request to revive the Silvermine XL as a provisional championships event in March this year: “In light of the recent attacks in Silvermine, all pending requests for events in Silvermine are on hold".

Given that we are so close to the provisional date, Wildrunner will not be persuing the request submitted to TMNP for running the Silvermine XL in 2018, but will begin the process of application for 2019.

It would be remiss of us not to us this opportunity to remind our loyal trail running community to make safety a priority, and to work with authorities to bring a sense of security back to Table Mountain and surrounds.

The more eyes and ears there are on the trails, the safer they become. So do not let this drive you indoors. Instead, join trail groups and regular crews in your areas. If you do not have one, create one. Carry a fully charged phone with emergency numbers saved to it, and carry first aid basics to assist fellow trail users in need. Never head out without telling friends or family where you are running, and what time you are likely to return.

The Wildrunner team wishes to offer sincere condolences to the family who lost a loved one on the trails recently. Along with the full Cape trail community, we look forward to a day when our trails are free from crime and violence. 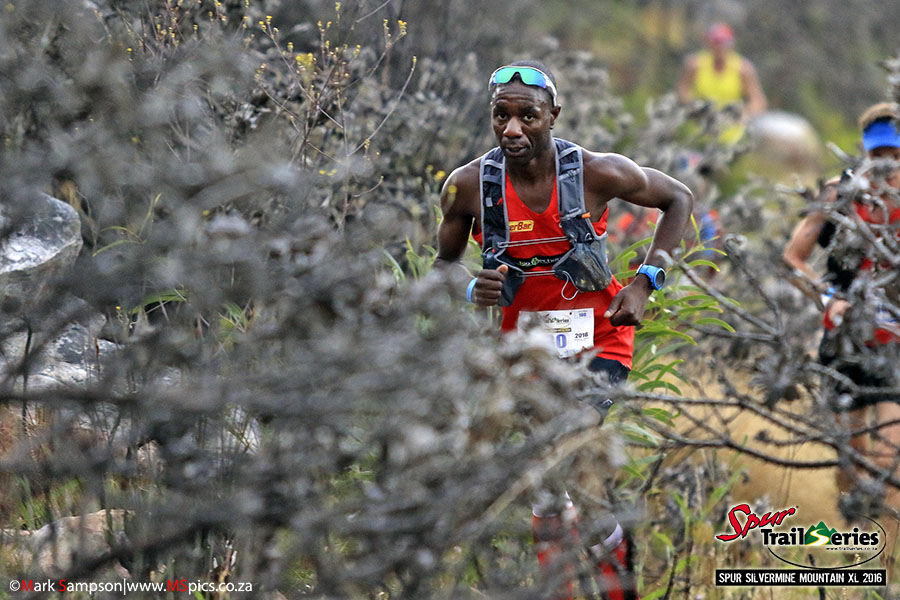 The 2016 edition of the 32km Spur Silvermine Mountain XL began under grey skies as some of the Cape’s top trail runners came out to enjoy the magnificent Silvermine Nature Reserve.

This race sees runners traverse both Silvermine East and Silvermine West and really is a race of two halves.

In the men’s solo event, it was tight at the top as the top 5 were all within 30 seconds of each other at the first check point, 13km in, with up-and-coming Raydon Balie all smiles as he led veteran and defending champion Nicholas Rupanga, Ben Brimble, Rory Scheffer and Chad Gordon through the check-point in 01:15:20.

The second half of the race saw solo runners tackle 14km of Silvermine West trails and it was soon evident that this race was to become a game of cat and mouse, with the leaders marking each other until the final 5km to the finish.

At the 27km mark and the second check-point, it was Balie and Rupanga who once again checked in as the top 2. This is where Rupangas’ experience came to the fore as he pulled away on the descent to the finish to wrap up his second consecutive Spur Silvermine Mountain XL in a time of 02:47:48. Balie sealed his 2nd place on the podium in a time of 02:49:31 and Ben Brimble rounded off an impressive top 3 by crossing under the arch in 02:52:35.

In the Ladies 32km solo race there were two clear favourites and friends - Megan Mackenzie and Kate Mapham, who locked horns with Sandra Koblmüller, a professional triathlete from Austria who was first to the 13km check-point in a time of 01:25:18. Megan was hot on her heels in 2nd place with a time of 01:26:21 and third to check in was Kate Mapham, 01:34:23.

The next 14km saw Koblmüller put the hammer down as she relished the technical terrain and downhill to run into the second check-point in an accumulated time of 02:44:05, four and a half minutes ahead of Mackenzie and more than 20 minutes ahead of Mapham.

In the end there was no denying Koblmüller the victory as she powered her way over the 32km course in 03:07:49 with Mackenzie, who seemed to take a tumble out on course, cruising home in second place in a time of 03:14:24.

In the Men’s team event the duo of Niel Swanepoel and Edward van der Merwe blew everyone away with a dominant display of running, coasting home in 2:45:31 - more than 15 minutes over the 2nd placed team, Team DJ. Team DJ claimed second place in 03:01:46 despite tough competition from the Llandudno trail surfers, as Robert Shaff and Michael de Kwaadsteniet ran a good race to take home third place, with an overall time of 03:05:24.

The Llandudno trail team rounded off a superb day for the lifeguards as the ladies (consisting of Linda Detering and Daniella Mihal) ran home in first, with a time of 03:30:23, with trail stalwarts Maxine Reilly and Charlotte Noble claiming an impressive 2nd overall in a time of 03:44:46. The Mamas, comprised of Natalie Marcus and Mmamapudi Kubjane, rounded off the top 3, crossing under the arch in 04:21:21.

In the Mixed team event, Cornel Smuts and Leentjie Visser proved that consistency counts as their respective leg positions remained unchanged, to come home first over the line with a time of 03:15:18 with team Just Wing It, made up of Ben Kooyman and Tessa Engelhardt, claiming 2nd mixed team overall with a time of 03:20:23.

Rounding out the top 3 mixed teams went to Jason Lammers and Marta Jakot of team Dos Cabras, who cruised home in 03:33:10.

It was another magical edition of the Spur Silvermine Mountain XL and a big thank you must go to our sponsors; Spur Steak Ranches, BOS Sport, La Sportiva and Protea Hotels.

For results click here and take a look at the photos here.