Now in its 11th consecutive year, Wildrunner’s popular Trail Series® continues to deliver a top quality, accessible and thoroughly enjoyable trail running experience for every level of runner. This year, the series final on the picturesque trails of the Kogelberg Nature Reserve was a fitting end to one of the best series yet. 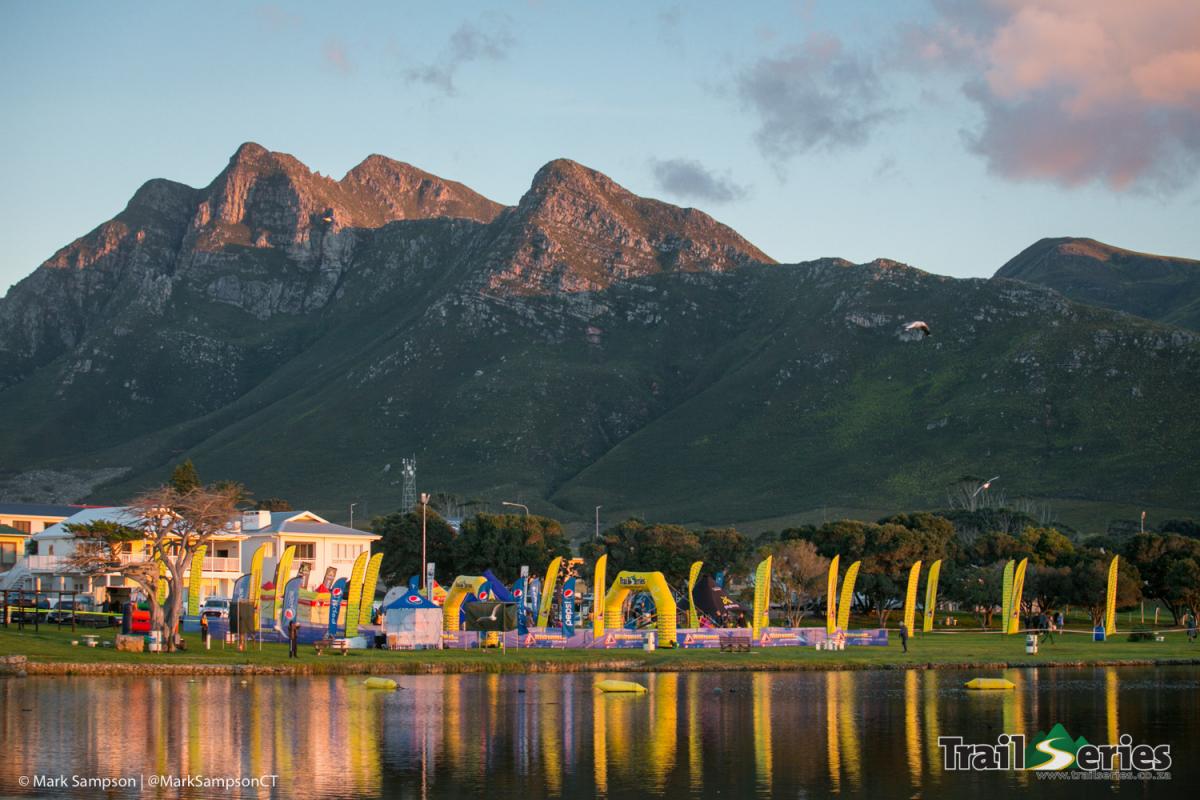 On Saturday 11 August, the sleepy town of Kleinmond was bustling by 7 am. With the mountains of the biosphere looking down, the start/finish area above the beach filled up with families, friends, arch rivals and their supporters. At 8:30 am, the XL Course runners set off. A field of more than double the 2017 intake enjoyed 23km of rolling single track, boulder hopping, boardwalks, big climbs and one of the best Protea displays in this event’s history.

At 9:15 am the long course went off in 4 separate batches. The diverse route covered 14km, with coastal pathways, forests and mountain trails complete with spectacular ocean views. The short course crew followed at 9:36 am, to take on their 8km version of the event. No less beautiful, and a fair challenge for many.

It was only 32 minutes and 5 seconds before junior runner Stephen Millard came flying down the finish chute. Stephen, who has battled some niggles in both knees throughout the event, placed 2nd behind Ryan Ball in each of the previous three events, but put it all out there in Kleinmond to take top spot. In the women’s race, the crowd was on their feet cheering a sprint finish between Nicola Wills and Tanya Posthumus-Fox. Nicola finished in 38min 26 seconds with Tanya just behind her. There was impressive racing in the PeeWee and MiniMee categories, right through to the Grand Masters for the both men and women.

In the long course, Emmanuel Dlamini stormed home in 1 hour, 7 minutes and 51 seconds, securing his outright win of the Championship Series. First woman home was Katya Soggot, 8th overall in a time of 1 hour, 16 minutes and 34 seconds.

The XL course was won by Italian Stalian, Andrea Biffi in 1 hour 58 minutes and 51 seconds. First woman, and 5th overall, was 21 year old Bianca Tarboton in a time of 2 hours 21 minutes and 18 seconds. 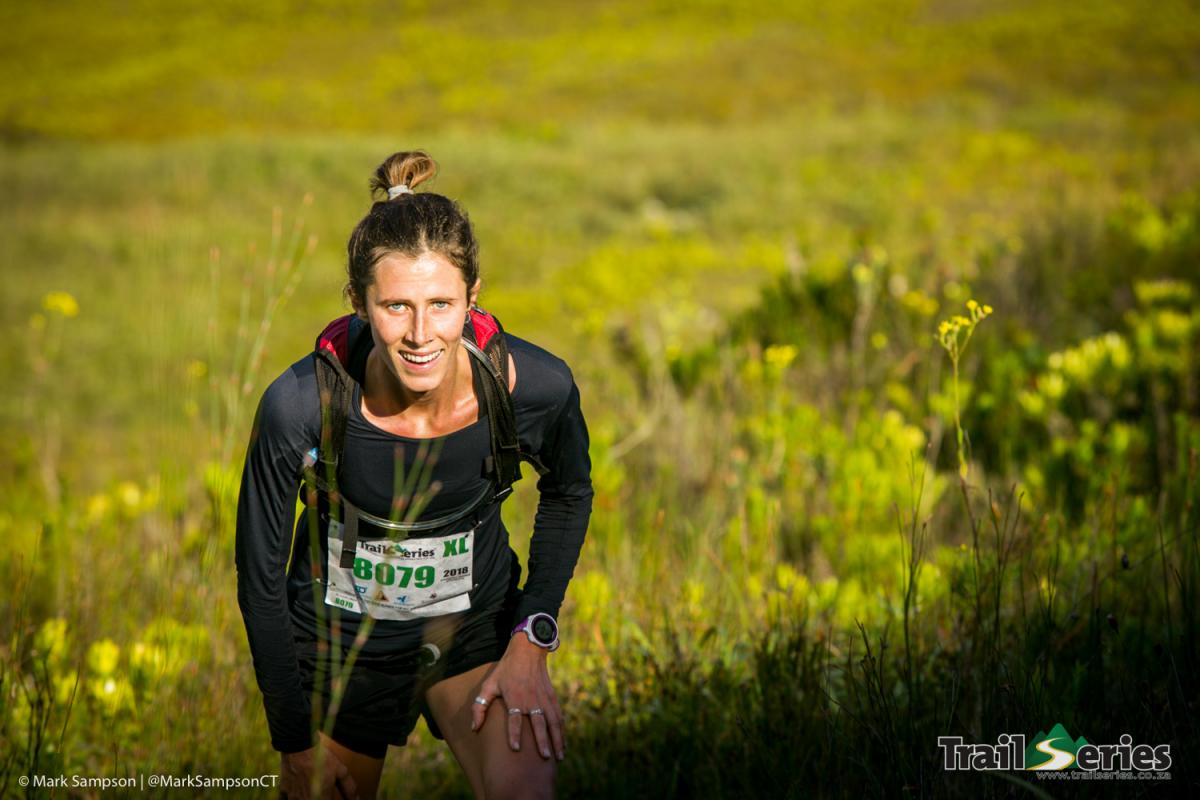 As the runners poured in off the mountain and the festivities on the finish line leapt up a notch, there was much banter about who had placed were in the final series results. For many, however, their positions were not as important as the experiences that each event had brought. Some took home trophies, others scooped big prizes in the lucky draws. Some just came for the Instagram shots – and they certainly got those! 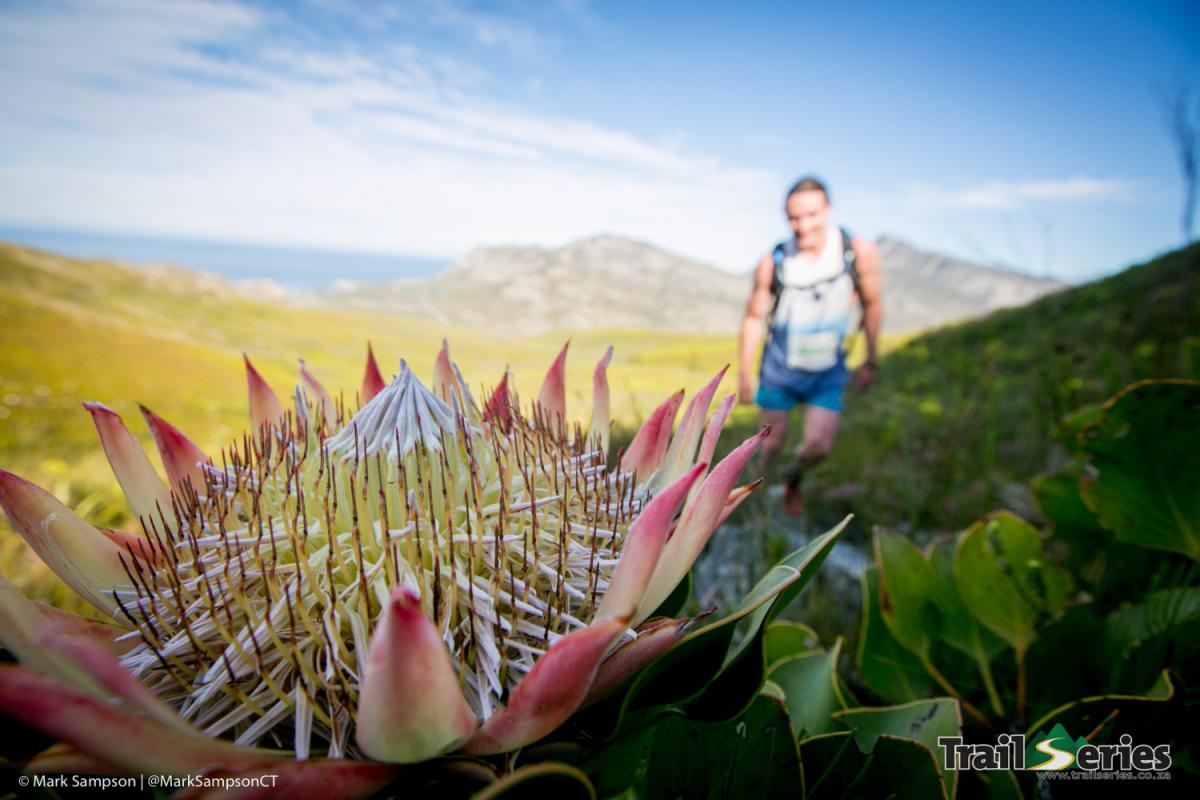 From the rollercoaster ride at Paul Cluver Estate to the daunting climb at Tygerberg; the granite boulders of Paarl to the ocean views of Kleinmond, the Cape Winter Trail Series® unearthed new talent, created new friendships, reignited the pure joy of running and brought young and old in to some of the Cape’s most beautiful outdoor spaces.

With thanks to partners Raidlight South Africa, Jaybird, Steenberg, and Pepsi for another grand adventure. We only part to meet again!