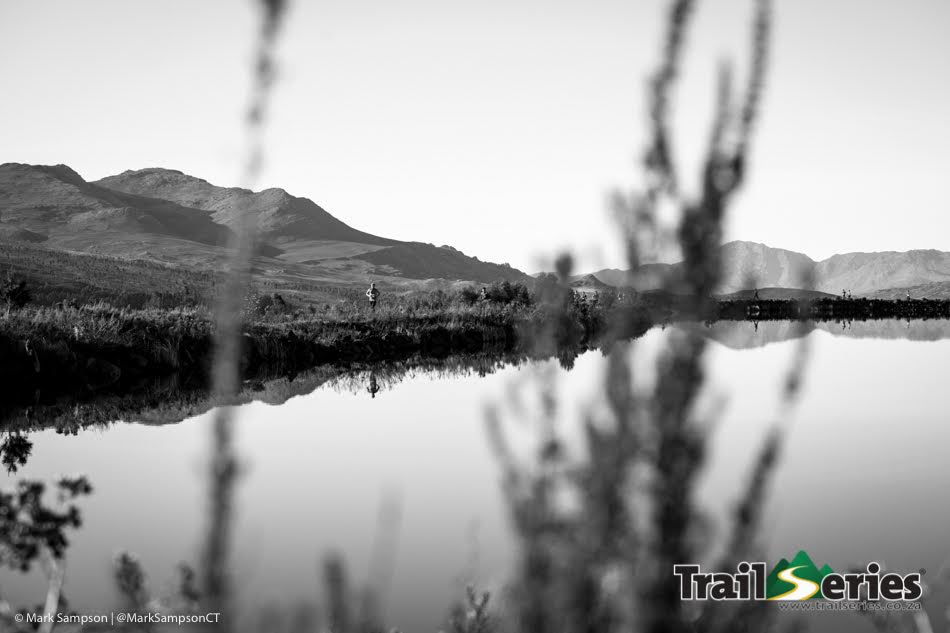 Race 1 and 2 have come and gone, in a blur of mud, drizzle, mist and madness. Perfect winter running conditions, in other words. With race 3 coming in hot this Sunday, let’s take a look at what has rolled out so far:

On Sunday 21 July, Paul Cluver Estate welcomed the return of a capacity field of runners for the first of four show downs. An exclusive opportunity to run the rollercoaster trails of this mountain biking haven, the grand opening features a typical rolling farmland hills, mountain trails and waterfalls water as well as climbs rewarded by magnificent views of the soaking lush Elgin valley. 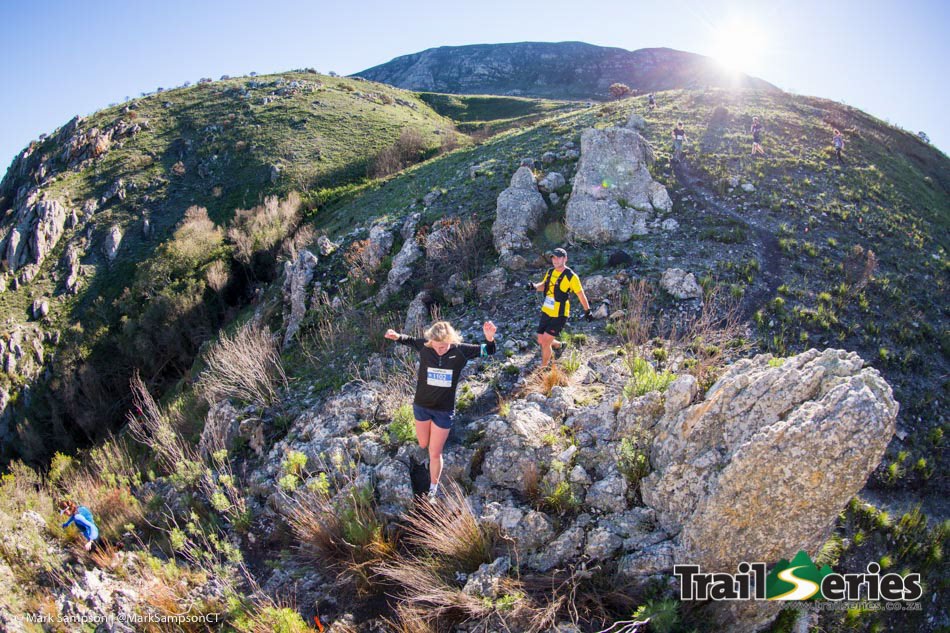 An icy dawn chill gave way reluctantly to some soupy winter sunshine, but the heat was all out on the trails as the fast end threw down the pace. Storming the long course win was Llewelyn Groenewald. The 15.6km route took him just 1h 8min and 7 seconds, which shaves 6 minutes off Rohan Meyer’s previous course record. Llewelyn was followed by David Sher in 1:16:08, and Peter Tswayo in 1:18:37. Siviwe “the lion” Nkombi was in the mix and pushing hard in second until a few kilometers from the finish when a wrong turn in the final few kilometers cost him a podium spot and a resulted in a DSQ.

In the women’s race, Lijan van Niekerk took top spot in 1:27:59, with Paulina Juttner and Kristy Zeppel rounding out the podium.

The punchy 8.8km short course took zero prisoners, with Piettie Oosthuizen smashing first place in a time of 33:50. Less than a minute behind him was Kelton Miller, with Stefan Sander in third. First junior was 16 year old Jethro Dunn, only seconds behind Sander. Regular on the minimee podium was 12 year old Cullen Clarke, in an impressive time of 39:11. 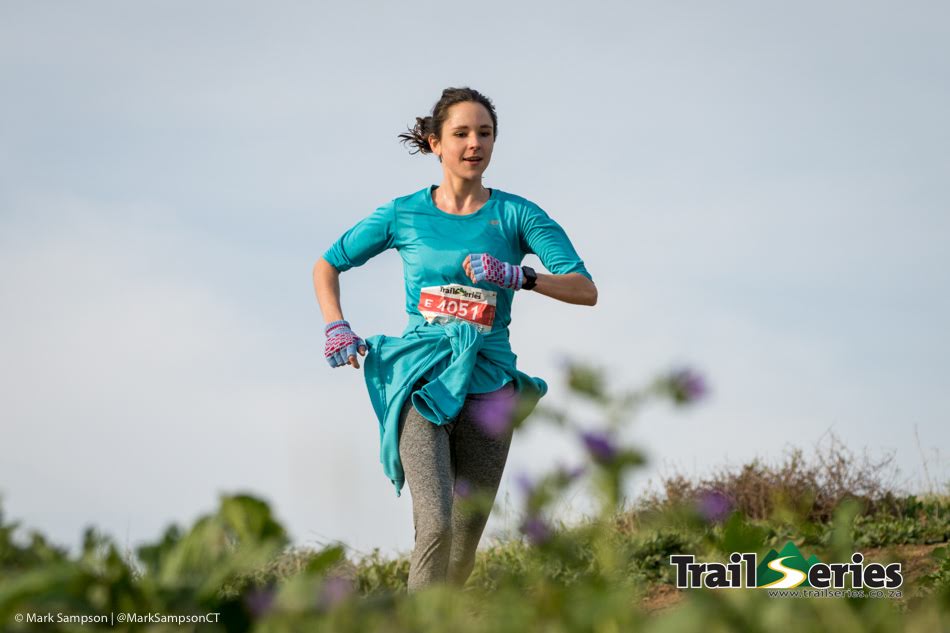 First woman home, and 7th overall, was Nicola Wills in 38:42 (seen here), with Megan Mccarley in second, and 15 year old junior, Maritjie Cilliers was third woman across the line.

With recognition of all categories, including vets, masters and grand masters, prize giving was a chirpy affair as regular rivals set the tone for a series full of banter, and bruises. With an impressive jump in the number of first timers between 2018 and 2019, all eyes are on the wild cards and dark horses among the regular snakes.

Staring down the Tyger

Race 2 at the infamous Tygerberg Nature Reserve will be etched into the memories of many for its heavy mist and mud. Bum slides were aplenty. The usual view of Table Mountain from the top was merely a rumour as the mist lingered, and a classy field of speedsters tackled first the biting climbs, and then the quad-busting downhill to the finish. 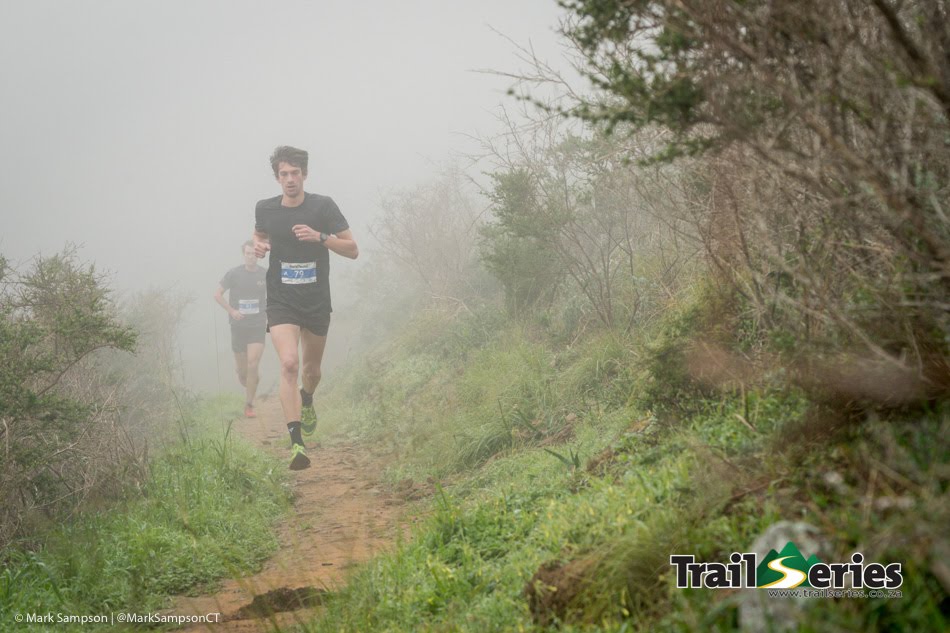 Llewellyn Groenewald nailed top spot once again (seen here in action), in a race performance reminiscent of Raydon Balie’s 2017 edition. Back then, Balie was the first and only to take the new 12.1km course in under and hour, finishing in 57:14. Groenewald has made his mark, finishing in just 54:10. Chasing hard was friend and rival, Jono Black who came second in 56:51, with Peter Tswayo once again claiming third spot in just over an hour.

The women’s race was equally spicy, with local multi-sport champ, Hayley Preen completely dominating. Hayley was 9th overall, and first woman, in a 1:04:16. She was a full 11 minutes ahead of Tania Neethling who came second, and Carla Whitehead was just a minute off Tania.

In the 8.1km short course, no less than two juniors stood on the overall podium, but Kelton Miller nabbed top spot in just 37:54. Jethro Dunn was second in 41:28, and 15 year old Keenan Loesch scooped third. Nicola Wills had another cracker, winning in 45:51, with Kelsey Nel and (veteran) Lee-ann Dawson completing the podium. 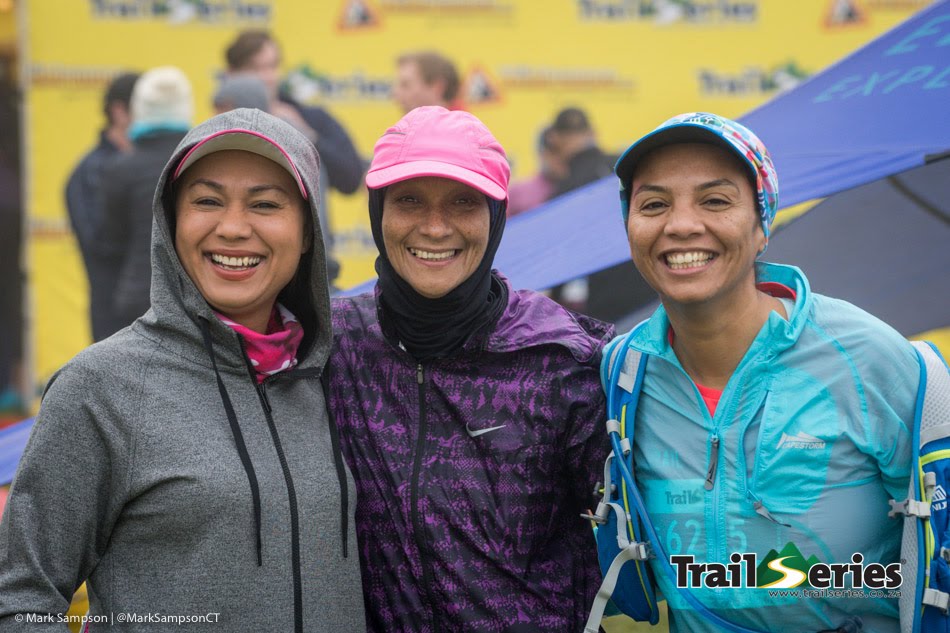 Love it or hate it, taming the Tyger is no easy feat, particularly in the kind of conditions that were experienced this year. The finish line war stories were as hard core as the mud spattered legs that wobbled into the race village throughout the morning. Coffee, egg rolls, burgers and the chance to win big in the lucky draw meant that the heaters and beanbags were kept popular. 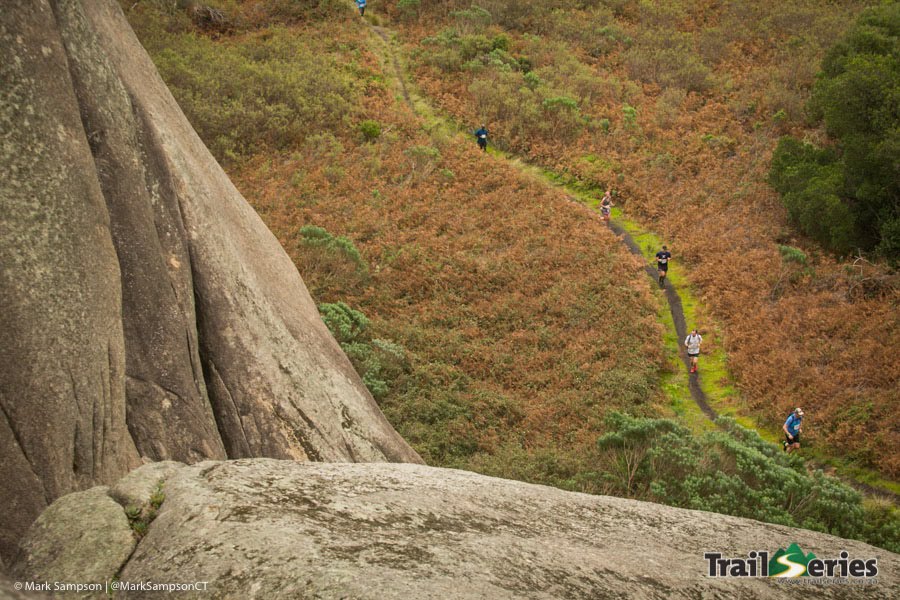 Next up is a classic starting at the Taal Monument in Paarl on Sunday 4 August and running into the unique and impressive Paarl Mountain Nature Reserve. The third and fastest race of the series, it is time to stretch those legs. Runners climb steps and run over large boulders of granite rock to the top of the Paarl Mountain where they’ll start their winding descend to the finish. Feeling the FOMO? Enter here www.trailseries.co.za and join the heart of trail running in the Cape.

With thanks to partners BoldGear, Jaybird and Steenberg Wine Farm for working with Wildrunner to keep growing the trail community, and all its heroes.

Full Results of Race 1 and 2

Hunting for photos of you doing your trail thing? We publish the top images on our website www.trailseries.co.za within 24 hours of the event, and a full album on our Facebook page https://www.facebook.com/TrailSeries/ soon after. Tag, share, go wild.