TSSL #3 Staring down the Tyger! 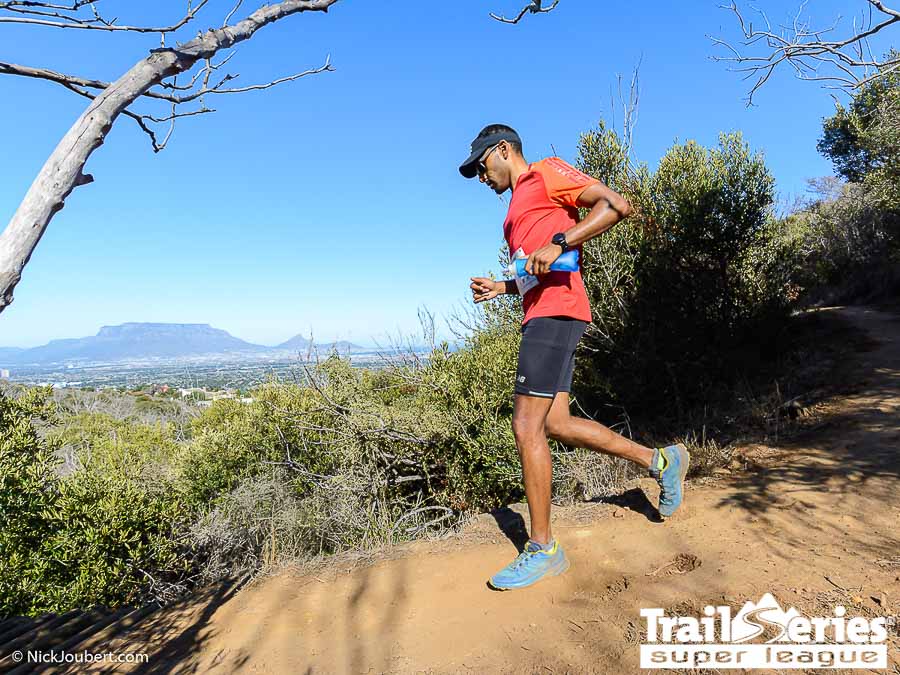 Trail heroes of the Trail Series Super League gathered at the Tygerberg Nature Reserve on Sunday 23 February to tackle the rolling ups and downs of this lessor-known gem of a Nature Reserve and it's perfectly manicured hiking trails. But this reserve has a reputation for having claws, and so the battle to Tame the Tyger commenced.

A cool morning on the grassy banks of Olienhout Park below the reserve welcomed the runners. A clear view across the valley to Table Mountain and the Greenpoint Stadium set the scene. First up was the inaugural 16km XL race, where one strong batch of runners set off to find out what all the tyger talk was about. Advice to save some fight for the end is accurate, in that the front of the course is loaded with climb. But the long, flowing downhill to the finish line allows for an exciting finish, particularly at the sharp end.

Word filtering back from on course was of a predictable dog fight between Michael Davidson (winner of Race 1 and 2) and Jono Black (seconds off Davidson’s League position) with a new, unknown face in the ring. Hurtling along the first ridgeline at 3min/km, Black took a hard fall. Described later by Davidson as “impact that sounded like a high speed 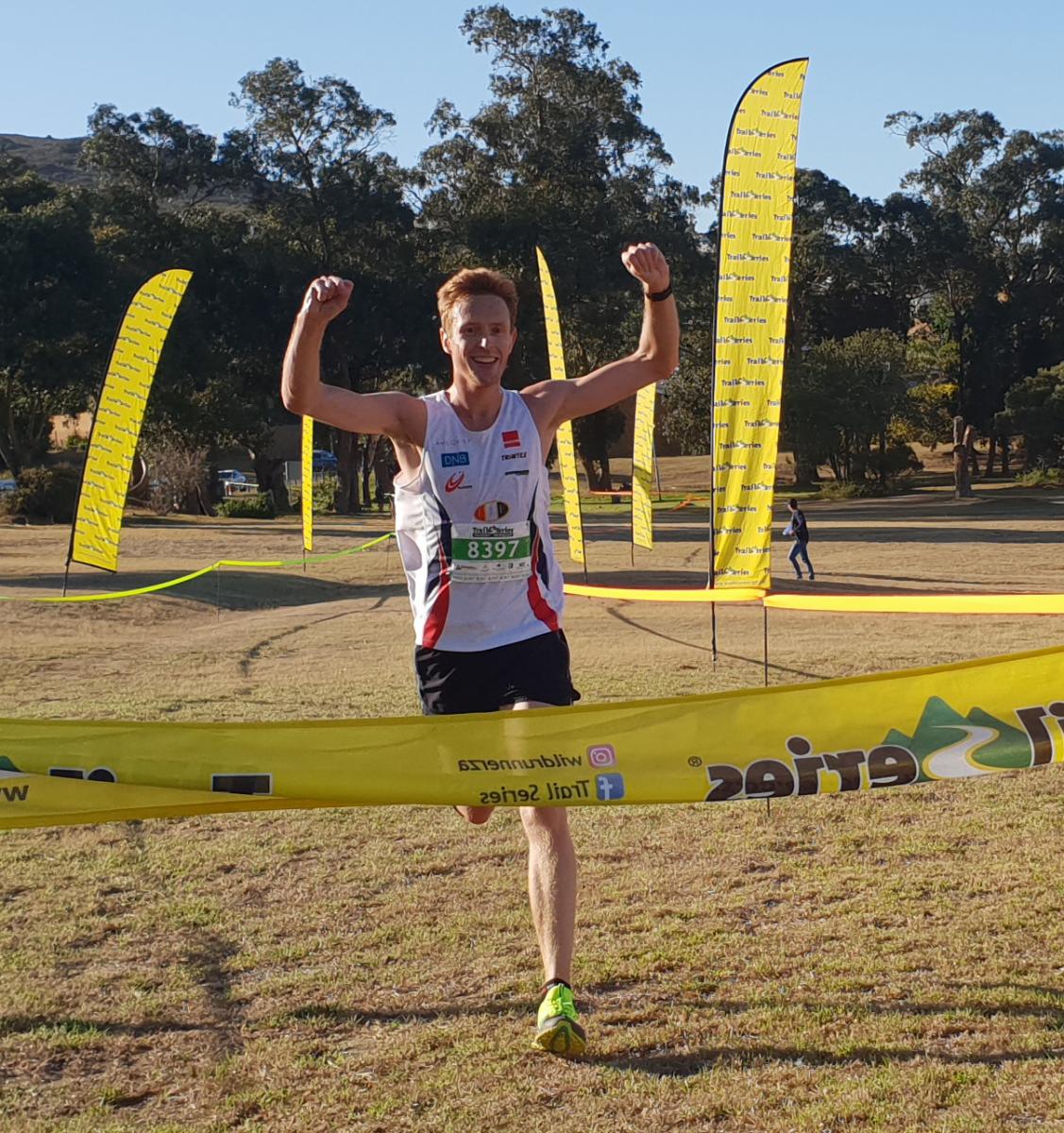 bike fall”, the incident took Black out of the race, with a bruised and swollen forearm, and a smashed watch screen. Veteren Davidson and 25 year old Borger Melsom (pictured here) fromNorway, battled it out until the end. Melsom pinched the win in 1:11:02 with a final push, just seconds ahead of Davidson.  A battered Jono Black welcomed them both over the line. Neil Broers rounded out the podium. Ladies winner of race 1, and second at race 2, Leanda du Bruyn stormed the finish line in 1:21:07, first lady and 5th overall. Gisela Booysen and Kathryn Van Sittert completed second and third.

In the 11km Long Course, a similarly front loaded battled awaited the 2 batches of runners. Estean Badenhorst roared in to the finish in 49:57, with Gcobani Sitsheke and John Faure second and third men across the line. Third overall, and first woman was an unstoppable Bianca Tarboton in 51:09. Nicola Wills was second, and Julia Hunte third.

The new 5.5km short course got the climb out of the way in one go, leaving participants to enjoy the Tygerberg ridgeline before descending via the uKhetshe & Nduli trails to the finish.  Perfectly designed rollercoaster running for the snakes and newbies alike. The 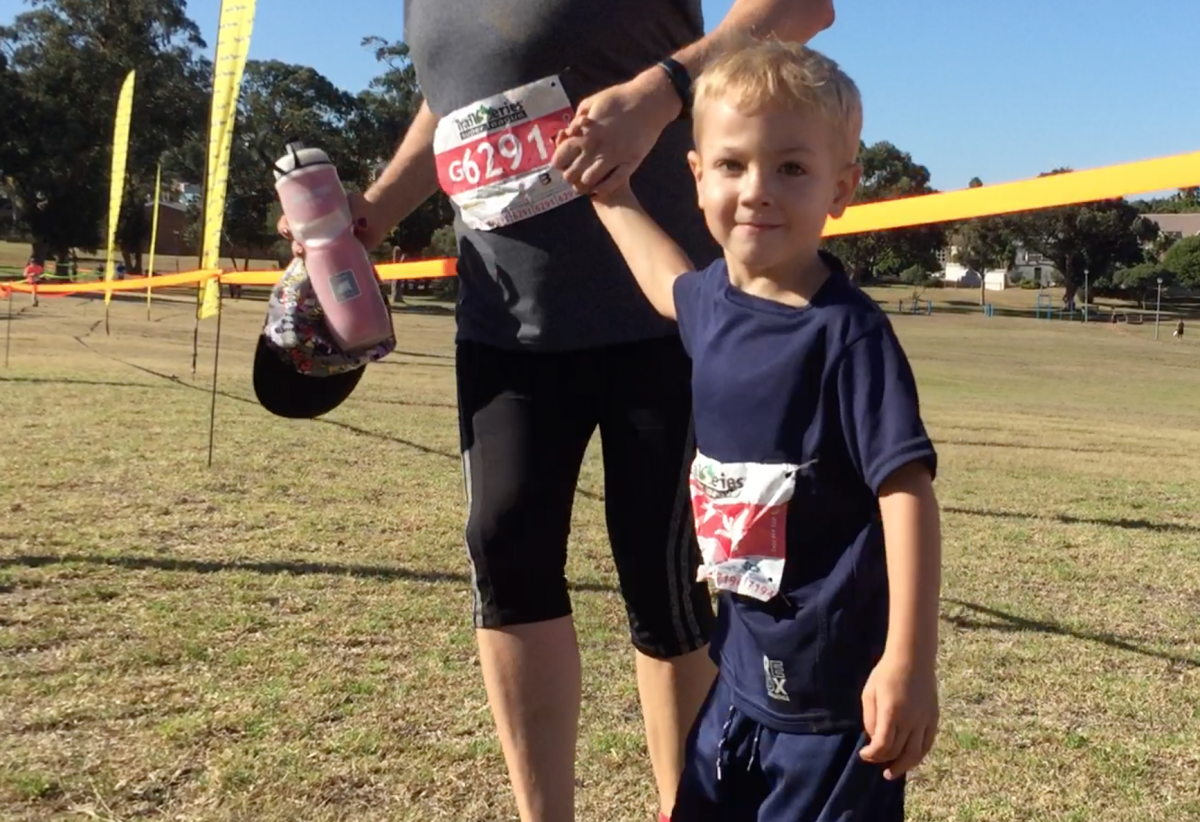 smallest runner across the line was 3 year old Daniël van den Bergh (pictured here), who came in a few minutes behind his 5 year old sister, Leila. Each ran with a parent, and both littlies impressed the crowd with their performances on a tough course. Future champs of trail in training. Anele Bans made it three out of three with his short course win in 22:34. Second was 16 year old Jethro Dunn, with Nicholas Bunn rounding out the rhyming podium. First woman was Caitlin Snethlage in 28:48, with Birgit Van Niekerk in second and Nicolette Brouwer in third. 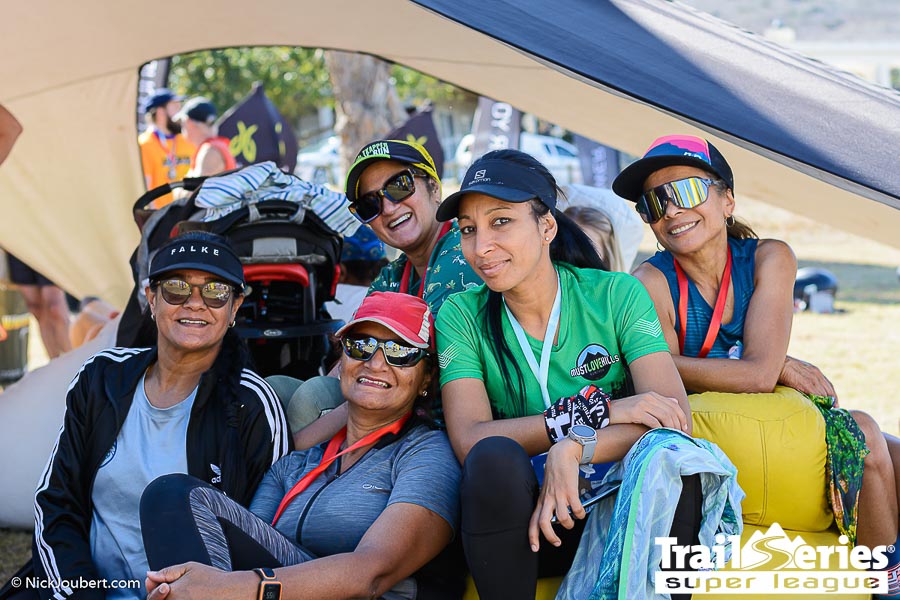 Temperatures rose steadily, as runners made their way down to the festive finish. Ice cold Pepsi, cool tunes and bean bags below the big tents kept spirits high. Podium and lucky draw prizes from Bold Gear and Jaybird were a late morning highlight. Finally, it was time for friends and family to depart, only to meet again on 22 March at the infamous Paarl Mountain Reserve.