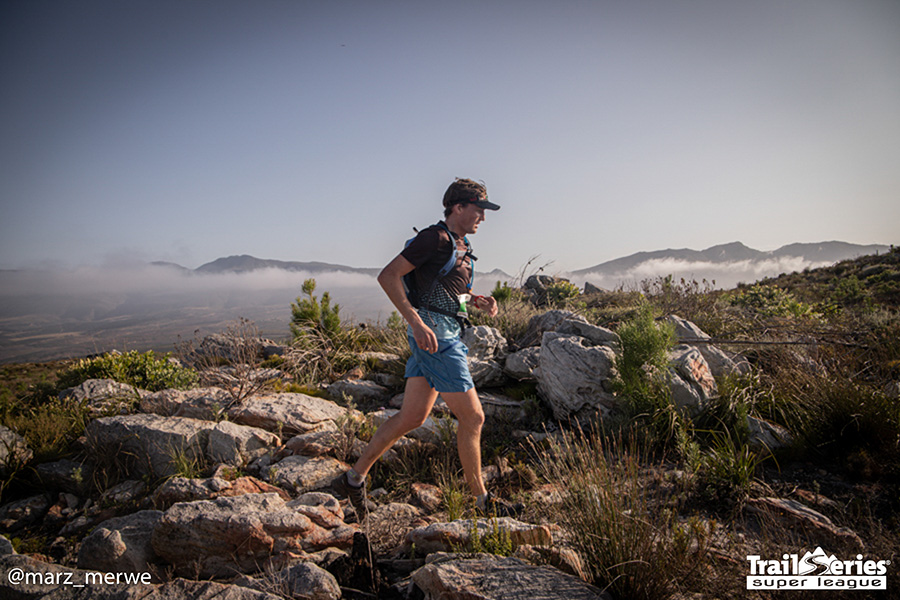 When we said that Race 2 would “bring the heat” we were, in fact, referring to the trail talent that would be lining up. Well, we got the racing snakes, and we got scorching temperatures, as well as hot prizes and all the warmth and fun that defines the Trail Series® experience.

The combination of diverse agriculture of Appleberry Farm and the flowing Lebanon Forest mountain bike single track provided the basis for this exclusive rollercoaster of exciting running. The new 20km XL course attracted a fresh crowd and saw some long course runners moving up to the biggie of the day. 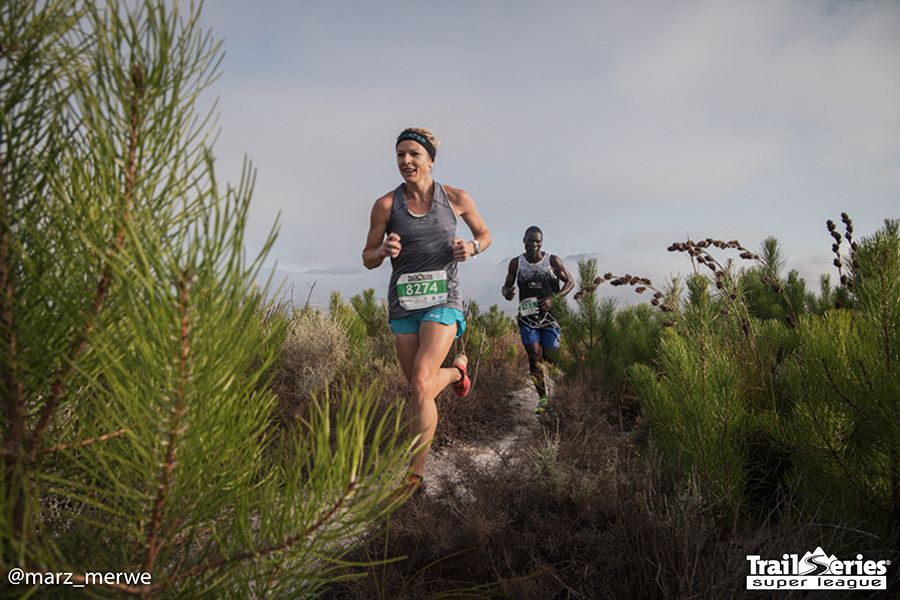 The XL battle lines were drawn at Kirstenbosch in race one, and a similar storyline ensued. Top spot was hard fought between Jono Black and Michael Davidson, with former triathlete, Davidson, claiming victory in 1.20.16. Black followed 30seconds later, with Kyle Herring in third. Meg MacKenzie (pictured here), a very well-known trail talent from the Cape who is making waves on the international racing scene, scooped top spot and 5th overall in 1:25:05. Kirstenbosch XL winner, Leanda Du Bruyn was second, and master runner Julie Huckle rounded out the podium.

Pete “the heat” Calitz, who finished 8th in the XL, was impressed with the lack of crowding on the course, saying that he was frequently racing with nothing but single track and space ahead despite well over 800 runners participating across the 3 different routes.

The fierce but friendly Lion, Siviwe Nkombi, placed emphatically first in the 12km Long Course in a time of 00:49:02. Estean Badenhorst and James Montgomery completed the podium.  The women’s long course podium again welcomed Nicola Wills to its top spot, in a time of 00:55:46. Second was Dan Feldman in 00:57:10 and third was Julia Hunter.

The short course was as fast and furious as expected. Anele Bans burned up the 6.2km course in 00:25:02, with 15-year-old Deon Boshnic less than a minute behind him. Third spot went to 16-year-old Jethro Dunn, another familiar young Trail Series® talent.  Caitlin Snethlage was first woman across the line, in 00:31:09, and she shared her podium fame with master runner Nicolette Brouwer as well as Rozelle Meier who was just 5 seconds short of Nicolette’s time. 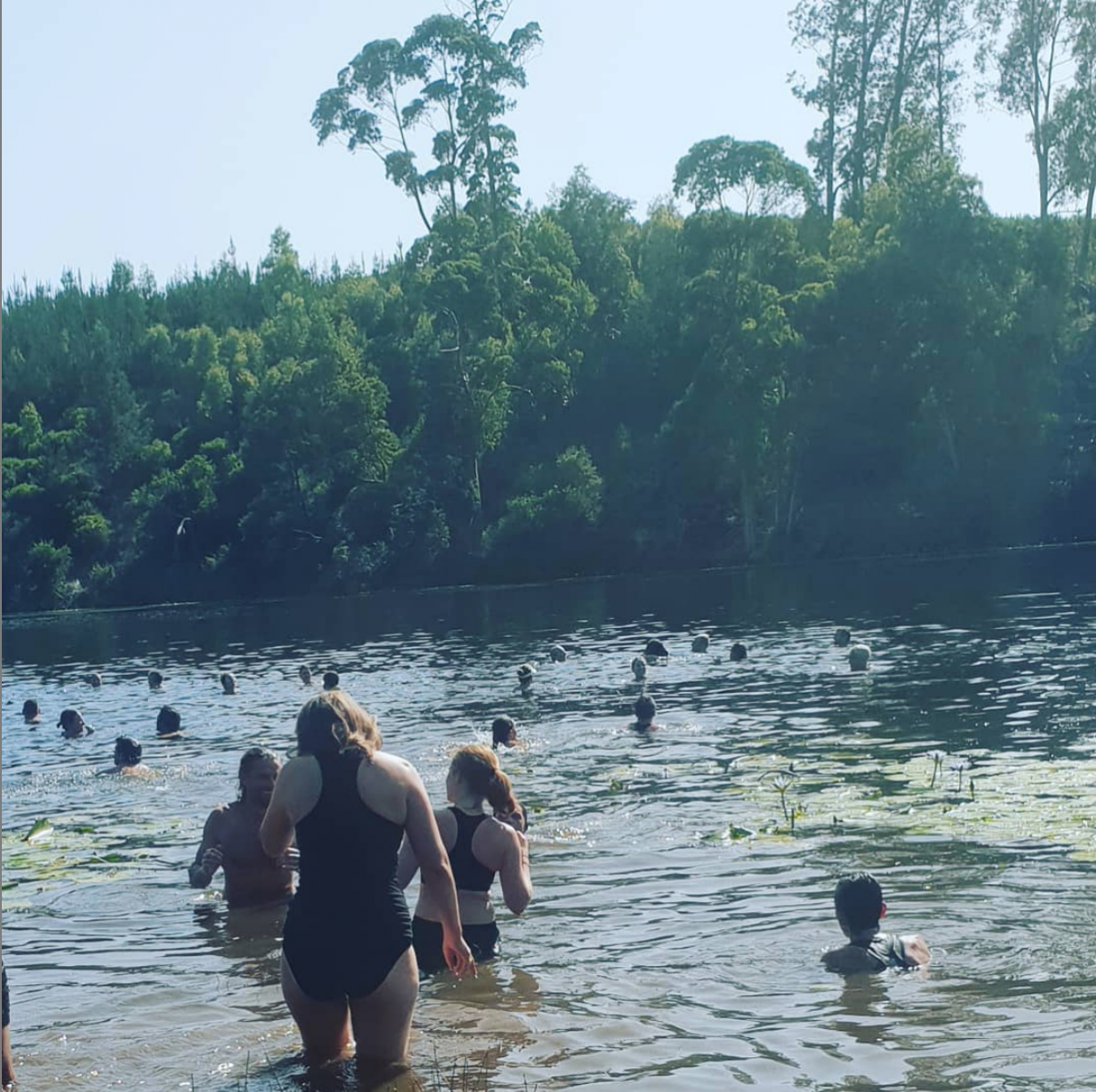 Runners streamed in over the course of the morning, with most making a beeline for the welcoming ice cold Pepsi Max - and many heading direct to the cool of the farm dam as quickly as they could remove their shoes.  Prize giving was a scorcher, as the sun’s rays intensified. All eyes were on the two sets of Jaybird Bluetooth earphones and Petzl headlamps which formed part of the lucky draw excitement. Podium finishers enjoyed the generous spoils of BoldGear, and every finisher took home the second piece in the seven piece Trail Series® Super League puzzle, as their medal. Brad Williams offered free sports massage for runners, and Steenberg branding reminded all of the even greater rewards at the end of the 7-race series.

Next up in the TSSL is Tygerberg Nature Reserve on the 23 Feb, click here for more info or to enter now

Full results and a selection of images at www.trailseries.co.za with all the pics from the day on our Facebook page