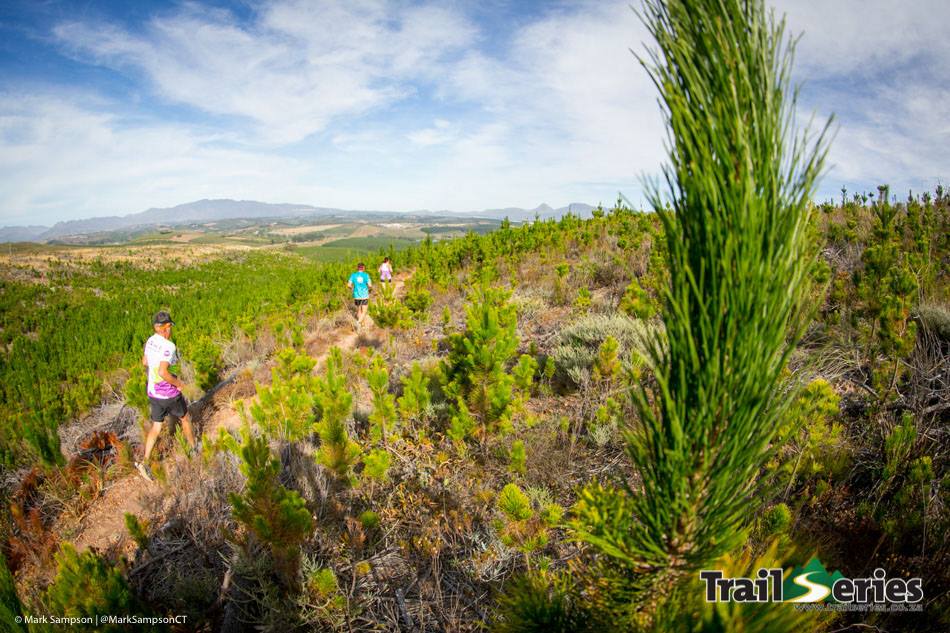 By race 2 in this 4-race series, things always start to get interesting. Individuals committed to achieving particular outcomes rock up with a keen eye for their competitors. Tactical decisions are made according to working the point system, and the finish line becomes an exciting place to watch it all unfold.

On Sunday 20 January, the usual mix of every level of trail runner came through to play on the beautiful Lebanon Forest mountain bike trails.​ 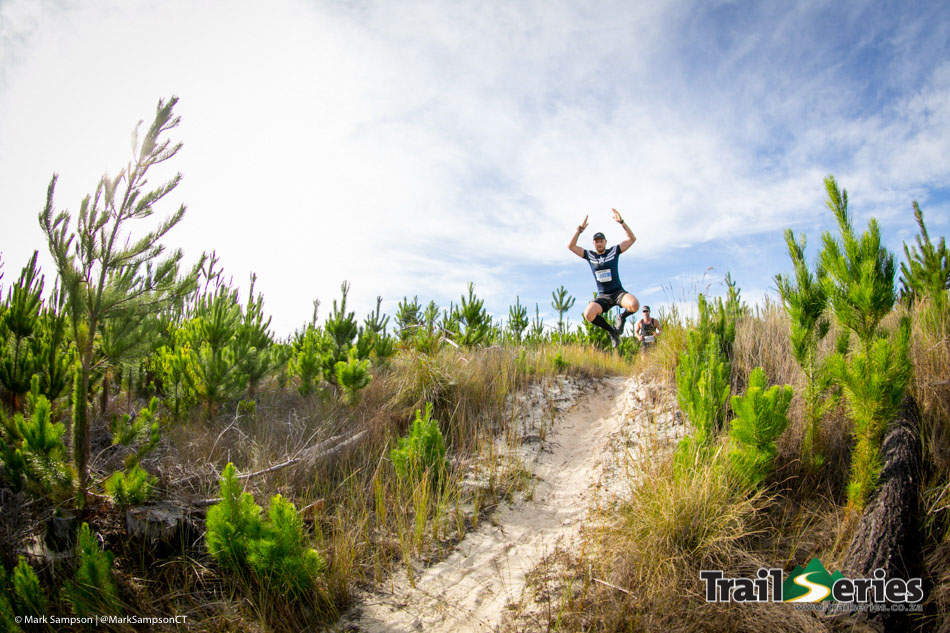 The route offers a classic mix of exciting single track, forest paths and fynbos studded trail through orchards and playful switch backs. The race village area looks over an inviting dam, and as temperatures rose during the morning, more than a few runners had a splash before heading home.

The 13.4km long course was once again stacked with speedy potential. Siviwe Nkombi, winner from Race 1 at Kirstenbosch the Tuesday prior, took an early lead. Hot on his heels were Peter Tsawayo and Emmanuel Dlamini. Word from the course was that these three, as well as Lucas Adams, left absolutely everything out there as no one gave an inch. It was only in the last 3km that Nkombi shook his rivals, taking the win in a time of 52min42sec. Tsawayo followed in 55min32sec, with Dlamini taking third in 57min17sec. Adams came in some 2 minutes later in fourth position, with high praise for the three men ahead of him.

In the women’s race, globe trotter Meg Mackenzie came through in sixth position overall, and first woman in 59min55sec. Friend, fellow Salomon runner and friendly rival Daneil Feldman was second woman in 1h56min53sec, and talk of the day was master (50+) runner Suzette McIvor, who scooped third in 1h09min36sec.

The finish line was a hive of activity with the winners tape switched swiftly to the short course chute in the midst of the racing action. Rob Tweddle took the 6.3km course in just 25min47sec, with first woman and second overall, Bianca Tarboton 2 seconds behind him. The couple raced the small hill to the finish in an entertaining, all-out effort which could have gone either way. Jaco Loots was second man across the line in 26min31sec, with 14 year old Deon Bochnig rounding out the podium in 27min07sec.

Second woman in the short course was Tyra Buncombe in 31min13sec, and third spot was taken by Carey Pike in 32min29sec.

The food and coffee trucks did a roaring trade as the crew settled in for prize giving and the highly anticipated lucky draw loot. There was much chat about Race 3, the next sunset run at Meerendal on 30 January.

Prizes courtesy of Jaybird, Boldgear, North Ridge, Hydro Flask & Petzl as well as unique Wildrunner branded kit were well received by those who made a morning of it. Superb race images by Mark Sampson and Franz-Erich Streicher have been loaded to the Trail Series® Facebook page. 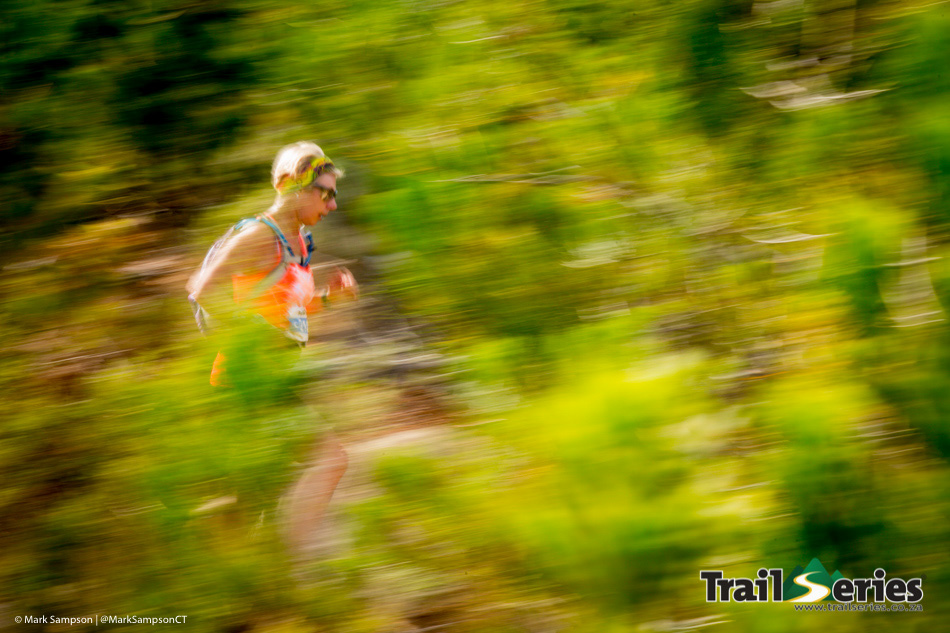 Online entries for Race 3 and 4 are open! www.trailseries.co.za for more info - and remember that kids 10 and under, if pre-registered, will run at no cost. Apply for their discount code by emailing info@wildrunner.co.za.