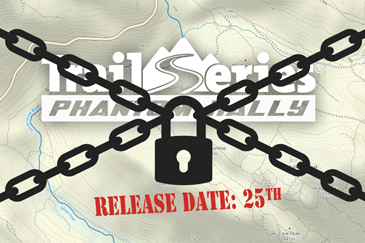 Details of special stage 4 will be announced on the 1st Sep, with entries opening on the 10th Sep.  Race from 1st - 31th Oct.

Other Races in this series

The Wildrunner Trail Grading system (WTG), was developed in 2009 and designed to help you make informed decisions on trail running events around the country. Unlike road running, trail running routes and races have many more facets to them, making them either harder or longer (in time) than you may expect.

Every race/event should give you the total distance and accumulative ascent, but using road running sense to work out your time based on these factors alone would be a mistake!

The three primary 'trail factors' affecting your overall time and effort on a trail run are as follows:
1. Terrain difficulty (easy or tricky?)
2. % single track/off-road to on-road (how much on difficult terrain?)
3. Route severity (how steep?)

HOW DOES IT WORK?

The three factors mentioned above have been expanded into an easy three part grading system. Each trail factor is listed below with the descriptions. Look out for races with a WTG and use this guide to make informed decisions.

DEFINITIONS:
'Technical' terrain = trail that is ‘busy’, that requires extensive concentration and trail running technique - for example a rocky hiking path, or a 4x4 track.
'Off-trail'= Describes sections that do not have any obvious or established route, for example a river bed, grass field or a section of beach.
'Single-track' = Describing a trail that is narrow and typically only wide enough for one runner to run on at a time and in single file. Examples of typical single track would be a hiking trail, mountain bike trail, game trail, livestock trail

All Wildrunner events (www.wildrunner.co.za) carry this grading system - look out for the grading on the event listing.